Get to Know a Grape: Pinot Noir

In the first of this regular series, we'll be providing a brief introduction to one of the world's most popular grapes: Pinot Noir 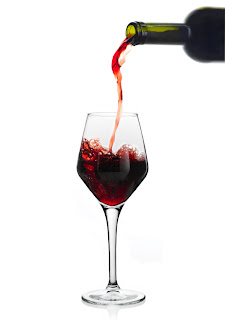 To say that Pinot Noir is popular would be an understatement. It is grown in almost every wine-producing region of the world, including (in alphabetical order): Argentina, Austria, Australia, British Columbia, California, Chile, Croatia, Germany, Italy, France, New Zealand, Ontario, Oregon, and Spain. Yet despite its popularity, Pinot Noir is a notoriously difficult grape to grow and cultivate. The thin skins of Pinot Noir grapes make them sensitive to temperature changes (particularly spring frosts), sunburn, pests, and diseases such as Piece's Disease. But, when grown well and taken care of meticulously, Pinot Noir grapes can produce unparalleled wines.

Due to its sensitivity to sunburn, Pinot Noir typically does best in cooler climates, such as Burgundy, which produces some of the best-known (and most expensive) Pinot Noir wines in the world. However, that hasn't stopped it from gaining traction in countries typically associated with hot climates, such as Chile, where it is grown in the Casablanca, San Antonio and Bío Bío regions, and Argentina, where it can be found along the Rio Negro river. Pinot Noir also takes on different names in certain regions, such as Pinot Nero in Italy, Spätburgunder in Germany, and Pinot Crni in Croatia. Most winemakers who go through the trials and tribulations of growing Pinot Noir bottle and sell the wine without blending it with other grapes. However, some notable Pinot Noir blends do exist. For instance, most Champagnes contain a little bit of Pinot Noir (usually blended with Chardonnay and sometimes Pinot Meunier), as do other sparkling wines. Some wineries also blend Pinot Noir with Syrah (aka Shiraz) to add more 'body' and 'weight' to the wine.

So, what makes Pinot Noir so great? For a start, Pinot Noir wines tend to be medium-bodied, which means that they are not too heavy or overpowering, as wines made from other red grapes (such as Merlot or Cabernet Sauvignon) can be. This means that you are less likely to tire of them after half a glass. Instead, Pinot Noir wines are elegant, well-structured and have a wonderfully supple texture. The medium body also means that the wine matures beautifully in oak barrels, which adds structure and tannin and, consequently, longevity. Indeed, a well-made Pinot Noir can be aged upwards of half a century and some of the most expensive antique wines on the market today are Pinot Noirs.

The goal in pairing a Pinot Noir is to ensure that the food you are serving alongside it does not overpower the body of the wine (remember, it isn't a big, full-bodied Merlot!) while also checking that the wine's tannins do not overshadow the flavours of your dishes. Pinot Noir wines pair particularly well with leaner cuts of red meats, such as lamb, pork, venison and beef (but not steak). Duck, shellfish, tuna, chicken, mushrooms and risotto also make for good companions for Pinot Noir. Oak-aged Pinot Noirs tend to make particularly good food wines.

We hope that this short introduction has helped you learn a little bit more about Pinot Noir. As a major wine grape, Pinot Noir wines are plentiful at most liquor stores, so try a new Pinot Noir today and come back next week, when we'll be looking at one of Burgundy's other major grape varietals, Chardonnay.