Get to Know a Grape: Albariño

In an effort to escape the February cold, this week we'll be looking at a hot Spanish-Portuguese white: Albariño 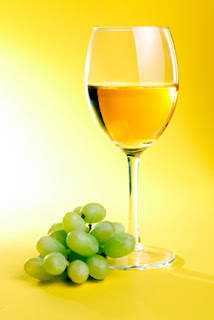 In case the name doesn't give it away, Albariño is a Spanish-Portuguese grape, particularly popular in the Galicia region of Northern Spain and the Vinho Verde region of Portugal, where it is called Alvarinho and used to produce light and refreshing Vinho Verde wines. Indeed, there's nothing quite like a glass of a chilled Albariño to cool you down in the summer or help you imagine your favourite tropical getaway in the winter. It often has light fruity aromas, with a scent of peach or apricot, much like a French Viognier or a German Gewurztraminer. When vinified in Vinho Verde, it is often made slightly sparkling, making it particularly crisp and refreshing.

The grape's thick skin makes it well-suited to damp climates and it is largely resistant to fungal diseases. It is often planted in cooler climates in Spain and Portugal, but has also been successfully cultivated in some of the hottest regions of Spain and Australia. While its disease-resistant properties make it attractive to winemakers, it also tends to offer lower yields than more global grapes, such as Chardonnay or Sauvignon Blanc. This means that, although it tends to require less work, it also results in smaller harvests. It is often blended with other grapes, such as Arinto, Treixadura, or Azal, in order to create a more complex flavour profile.

Albariño (or Alvarinho) is great when drunk on its own, either near the fireplace or out on the patio, but it can also be successfully paired with light food, such as shellfish, salads, and other seafood dishes. So keep the front door closed, forget the winter blues, and let a glass of Albariño to refresh you today!