Get to Know a Grape: Grenache

This week, we'll be looking at a hot-climate grape that is also responsible for a large portion of Rosé wines: Grenache 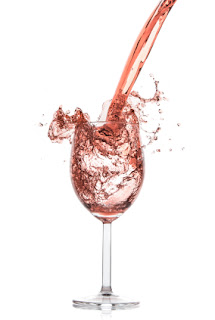 As it feels that spring may have finally sprung, we thought it a perfect time to talk about rosé wines, which brings us to Grenache, a hot-climate grape that plays a major role in many of the world's rosé (or blush, if you prefer) wines. In particular, a great number of Spanish and French rosé wines have at least some Grenache in them, often blended with other grapes such as Cinsault, Shiraz, or Mourvedre. When used in rosé wines, Grenache adds fruity aromas and body to the wine, while red wines made with Grenache tend to be full-bodied and have powerful, earthy aromas.

Grenache grapes tend to ripen late in the year, which means that a hot, dry climate is necessary, lest early frost ruin the ripening process. This has made it a popular grape in Spain, where it is known as Granacha and is the third most-planted varietal after Tempranillo and Bobal. It is often seen as a 'workhorse' grape varietal, able to be blended or vinified on its own and useful for both red and rosé wines. In France, Grenache is particularly popular in the Cotes du Rhone region, where it is often blended with Syrah (Shiraz) and Mourvedre, creating the famous 'GSM' blend. It is also one of only four grapes allowed in the southern Tavel AOC, which produces a large number of the France's rosé wines. It is also popular in the prestigious Chateauneuf-du-Pape appellation, where it is often blended with other grapes to make red wines, as well as in the hot climates of Languedoc and Roussillion, where it is used for both red and rosé blends.

As it is used in both red and rosé wines, food pairings for Grenache tend to vary wildly depending on how it has been vinified. If you're drinking a rosé made from Grenache,
try it with some spicier dishes, such as stir fry, chilli chicken chow mein or spicy chutney. Grenache rosés also make or great wines to sip on the deck when the weather gets a little bit warmer. For Grenache reds, such as 'GSM' blends, red meats make for great companions to Grenache's full body and powerful aromas. Barbecue steaks, ribs, and lamb make for good accompaniments to this great wine! So, as you start to think about pulling out the barbecue and having a nice day in the sun, don't forget to bring a bottle of Grenache along -- it'll make the first barbecue of the season just that little bit better!