Get to Know a Grape: Touriga Franca

This week, we're going back to Portugal to explore one of the country's most exciting red wine grapes: Touriga Franca 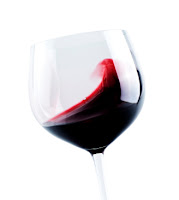 Despite the name, Touriga Franca (also known by the slightly more flowery monicker of Touriga Francesca) has no connection with France or with French wines. Instead, it makes do with being the most widely-planted grape in Portugal's famed Duoro valley. It's popularity comes from its consistent yields and resistance to pests, making it a safe bet for winemakers. I is also a versatile grape, and, much like Touriga Nacional, can be used in both table and port wines. Winemakers often blend Touriga Franca with other grapes, such as Touriga Nacional and Tinta Roriz (Tempranillo), which help to balance out its fruity perfume and dense colour with stronger tannins and higher acidity. Indeed, as with most Portuguese grapes, it is quite difficult to find unblended Touriga Franca in the LCBO. However, it's worth noting that there are few Duoro or port wines that don't contain this wonderfully fruity grape!

In addition to being popular in the Duoro valley, Touriga Franca is frequently planted in other parts of Portugal, such as Ribatejo, Terras do Sado, and Estremadura. It has also been used in fortified wines in both Tasmania and California. Food matches for table wines made with Touriga Franca include pork and beef stew, pork, and lamb stuffed with vegetables. When it comes to fortified (ie. port) wines made with the grape, stilton cheese and dark chocolate tend to make good dinner-table companions. The next time you pick up a bottle of Duoro red, see if you can spot the notes of wildflowers and red fruits that make up the trademark Touriga Franca perfume!

If this post has made you thirsty for some Duoro red, you might want to try the award-winning Quinta de Lubazim's Grande Reserva 2008, now available at a Vintages section of an LCBO near you!
Posted by Illusha at 10:00 AM